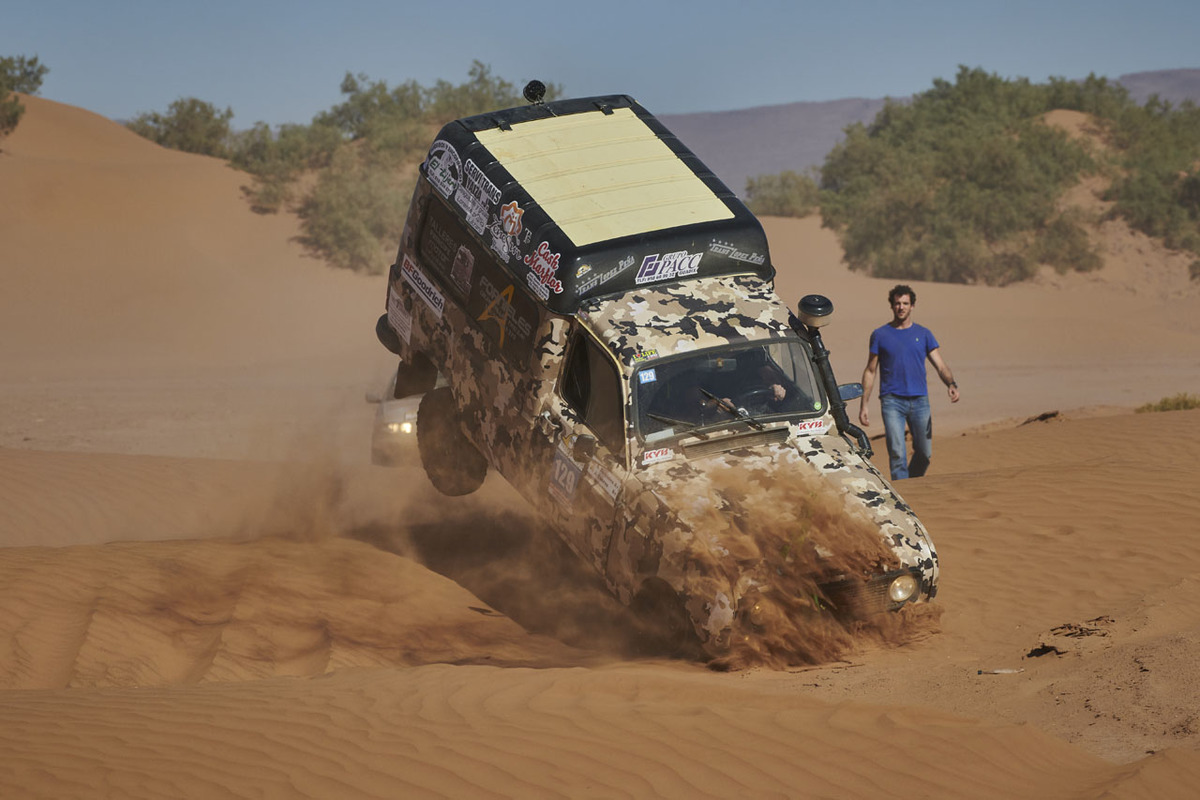 When many of you still have fresh memories of the last and unforgettable Winter Edition, here at the Maroc Challenge we are already preparing the Spring edition with just as much enthusiasm. Following in the footsteps of the Winter, the main novelty in this edition is that it  will start out from the populous and fantastic city of Marrakech, that will allow us to relive the dream of a Thousand and One Nights before undertaking this great adventure. A mere stone’s throw from the Atlas mountains, it boasts many World Heritage monuments and is one of Morocco’s four imperial cities.

Coinciding with the new year, on Tuesday, January 1st registration opens for the Spring Edition 2019, scheduled between April 12th and 20th. We have prepared a very similar itinerary  to the spectacular route of the last winter edition, with an itinerant format. The Maroc Challenge will start from the city of Marrakech, taking us to such charismatic towns as Zagora, Erfoud and Mengoub, ending on the shores of the Mediterranean in the tourist city of Saïdia, where we will celebrate with a great party on the beach.

The sand and dunes will be the main protagonists, as in the last few editions. The desert will be the common denominator from the second stage on, which will start in Zagora. This stage will follow a loop in which participants will pass through the Sacred Oasis and the infamous Erg Chegaga, which is also one of the largest in southern Morocco and whose sand dunes reach up to 300m.

The Maroc will then take us in a northerly direction towards Merzouga, where the most imposing dunes of the Moroccan Sahara are to be found; Erg Chebbi, with its spectacular golden dunes, some of which reach up to 150m. The event will once more pass through this incredible dune landscape to finish in Erfoud, where a new looping stage will be held the next day. Participants will then continue on their way north along an old Dakar route to the vicinity of Bouarfa, where a fantastic typical African camp  will await us in Mengoub, next to an abandoned train station, where all participants will enjoy an unforgettable night. This format premiered with great success in the Winter edition and, despite the cold, received unanimous praise.

The last stage will be as hard as any previous ones and will take us up to Saïdia, a day in which fast tracks will predominate all the way up to the Mediterranean coast, where a good swim will await you…  April temperatures permitting…

This new edition is designed for us to live yet another great adventure. It is just as well that no one expects it to be easy … because it won’t be. The same philosophy that has developed in the Winter Edition will be maintained, with routes tailored to the different types of vehicles, be they 4×2 or 4×4. Welcome to the adventure.

(Should you wish to enjoy Marrakech more fully, it is possible to take the ferry one or more days before April 12th. Check options)

This reply was deleted.